Favorite Snack: Chips and salsa, the good kind, with lots of cilantro

Sam has worked in in the field of physical therapy for the past 27 years.  Early on, he spent several years working in sports medicine rehab. Since moving to the Ocala area in 1997 he has worked providing physical therapy in the homecare field.  For the past 5 years he has been a fulltime instructor in the Physical Therapist Assistant program at Taylor College in Belleview, FL. Additionally, he and his wife own S&A Rehabilitation Staffing LLC, which provides Physical Therapy  services to athletes and local homecare agencies.

Sam started CrossFit after his oldest teenage daughter began training at CrossFit 1088. Because of previous knee injuries, Sam was unsure if he would even be able to CrossFit. Despite his doubts, he decided to give it a try. To his surprise, he found that bit by bit his body accepted what he was asking of it and that’s when he chose to “Embrace the suck” of exercise after a spell of inactivity. Partnered with his physical therapy background and the fact that he is father to four daughters, spending time at the gym encouraging others to give CrossFit a try was a natural fit, and a chance to get out of the house of females.

Subscribe to receive our FREE weekly exercise and nutrition tips! 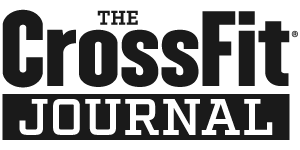