Master or Balance: Which Season are you in Now? 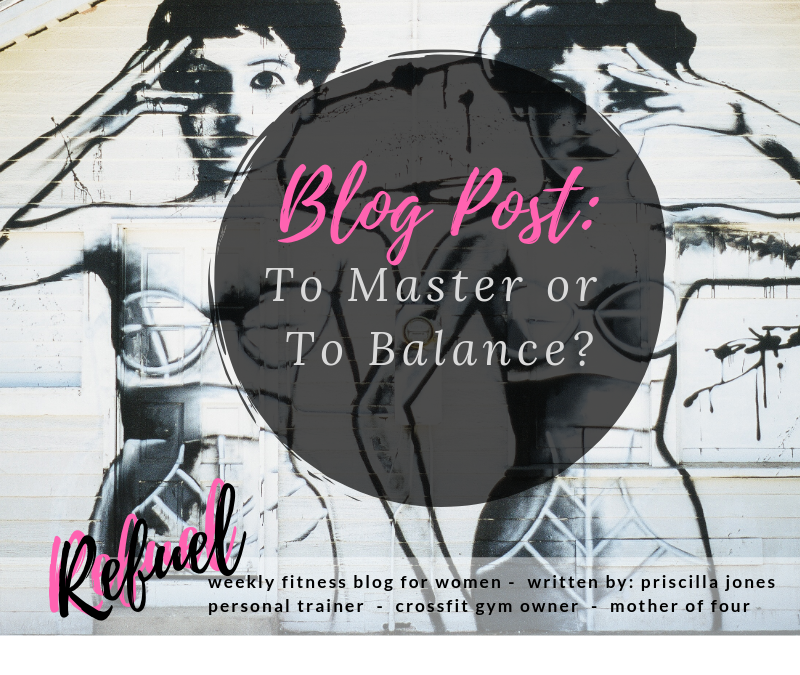 Yesterday I turned on my car radio (does anyone do that anymore?). Anyway, I guess I do- occasionally. In fact, it caught my attention that I had not turned on my station in months. I was totally out of the loop with what the announcer was talking about.

And then it hit me- Oh, gosh! I’ve been in Master mode.

When I go into Master mode, I don’t listen to the radio.

I am so concentrated on what I am trying to Master (a re-branding campaign in this case), that I tune a lot out.  In fact, you have to, when you’re in Master mode.

By definition, “to master” in the verb tense, means “to overcome. to become skilled or proficient. to gain a thorough understanding of” AND, in order to do that, you need to focus your attention on that subject at the expense of other things.

Someone wise once told me that life is a series of “Master” and “Balance” seasons. And I have to agree with them.

In school, we work to “master” certain topics. If you went on to college, you narrowed your focus more to overcome assignments, projects, and ultimately – final exams. Until you received a certificate that declared you had mastery over that discipline.

Life, however, does not offer such concrete opportunities for mastery. They are more nebulous, without clear beginnings and endings in many cases.

– A new mom, thrust into the unknown of motherhood, finds her life turned upside down as she learns to master the first months with her new baby.

–  A new relationship grows and now the role of stepmom or adopted mom becomes something unexpected, requiring nuances and situations never encountered before.

–  A promotion leads to new responsibilities and office dynamics that must be addressed.

–  An unexpected death opens the doors to grief.

All of these scenarios are open ended. And we “master” not on a time line, but as time and focus allows.

If you said, “That’s me, right now!” Guess what? You are in a “Master” season of you life.

Which means you are excluding some things you would normally do if you weren’t in such a season.

Which means, you will feel imbalanced.

And so I tell you, that’s completely normal.

When you are in the Master season, your life will feel imbalanced.

If you feel imbalanced right now, it’s very possible it’s because you are having to work hard to master a project,  skill, or even a role.

The good news is that: it is just a season.

The season of Balance is coming. And in that season, you will begin to relax, make up for the loss you’ve sacrificed. Turn on your car radio and enjoy the accomplishment of mastering that new endeavor, and becoming a better YOU.

Maybe you aren’t in the Master season right now, but know someone who is. Give them some grace and let them know “this won’t last forever!”. Stay focused throughout the Master season and look forward to being able to Balance when the time comes.